Canaan Smith has released his new album High Country Sound — featuring 12 tracks including “Colder Than You,” “Cabin In The Woods,” and “Catch Me If You Can” with Brent Cobb. 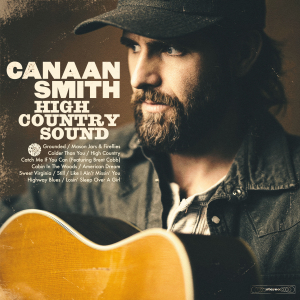 Talking about the new album, Canaan says, “It just feels really rewarding to not only make music I’m proud of, but also do it in the way I’ve always wanted”

Fans can expect to hear his musical vision coming through clearly as he had a hand in each song on the project, Canaan shares, “I wrote every single one of these songs from the heart, and I couldn’t be more thankful that I get to put myself out there like this. When it’s all said and done, this album is special to me because it brings me home.”

To celebrate the album’s release, Canaan took over Visit Gatlinburg’s Facebook page for a live concert featuring all the songs from High Country Sound — if you missed it, you can watch the replay here…

This article was originally published on TheCountryDaily.com.